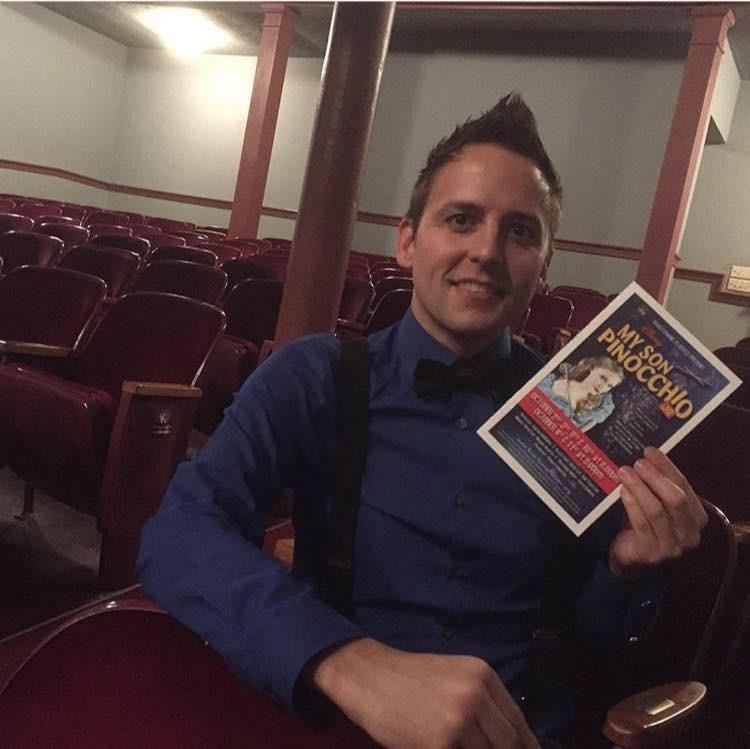 Aaron Williams is a native of North Carolina. He won Best Director at NCTC in 2005 and 2006. He has had lead roles in two independent movies entitled Box and Cox and Gray Ghosts. He studied acting, directing, and singing in London, England, at The American Intercontinental University. He furthered his education at Texas A&M. He teaches drama at New Bern High School. Aaron loves acting, singing, dancing, and has performed all over the United States. He has directed, The Legend of Sleepy Hollow, Next, Dear Edwina Jr., Into the Woods Jr., Treasure Island, Sweeney Todd, Chicago, Hairspray, Legally Blonde, Dracula, Dreamgirls, Wizard of Oz, Bugsy Malone Jr., The Little Mermaid Jr., Peter Pan Jr., My Son Pinocchio, James and the Giant Peach, Bonnie and Clyde the Musical, Bring it On the Musical, A Christmas Carol a New Musical. Beauty and the Beast the Broadway Musical, Frozen Jr., Little Shop of Horrors, 13 Past Midnight, and more. He started his own Theatre Academy and his own Broadway Camp at Rivertowne Players.  Aaron's favorite role was the Emcee in Cabaret.  Aaron lives in New Bern, NC, and serves on the NCedTA’s State Board as Adjudicator Liaison,
and Northeast/Southeast NC Regional Representative. Williams has an MFA in Writing for Film, Television, and Digital Media from The Academy of Art University in San Francisco. He has written two films; "Cry Little Brother" and "Kepler B". He has written two short films; "The Grande Grimoire" and "The Lost Hair". He has written a novel called "Reinventing Aaron".

“Actors need a kind of aggression, a kind of inner force. Don't be only one-sided, sweet, nice, good. Get rid of being average. Find the killer in you.”

― Stella Adler, The Art of Acting